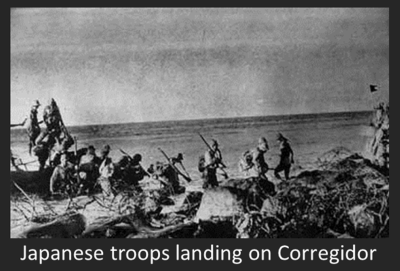 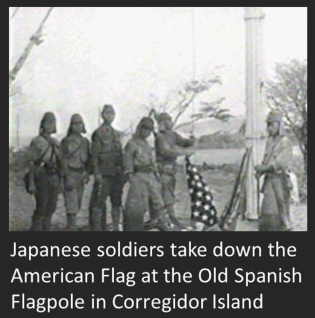 When the submarine USS PERMIT (SS-178) arrived alongside the Corregidor dock at 0100 on March 16, 1942, the Commander, U.S. Naval Forces Manila Area, CAPT K.M. Hoeffel, asked his skipper, LT W.G. Chappel, if he had room for more.  LT Chappel indicated that he could take twice that number, so an additional 18 men were ordered to embark the submarine.  Thus a total of four officers, LT T.R. Mackie, LTJGs Veverka and Hess, and ENS MacKallor, and 32 enlisted left Corregidor early in the morning of March 16.

Surfacing at dusk, the submarine steamed quietly until she encountered three Japanese destroyers around midnight.  LCDR Chappel fired two torpedoes at the ships, both of which missed.  The destroyers immediately counter attacked and the USS PERMIT dived quickly, escaping with minor damage from 14 close depth charge explosions.  Taking evasive action, the submarine eluded the Japanese destroyers about 0400, but not until a violent explosion had sprung bunks loose from the bulkheads and shaken light bulbs out of their sockets.  The USS PERMIT surfaced uneventfully that evening, surviving what one of the submarine officers later characterized as the most sever attack the USS PERMIT experienced during the entire war.

The USS PERMIT then proceeded to the West coast of Australia via the Sulu, Celebes, Molucca, Banda, and Timor Seas.  On or about April 3, off the West Australian Coast, the USS PERMIT was attacked again, but this time by an Allied patrol bomber.  Again, the submarine escaped being hit and arrived at Fremantle on April 7.  The Communication Intelligence team from Corregidor departed at once to Perth by rail to Melbourne.  After arriving at Melbourne on April 19 the team reported to the newly established Fleet Radio Unit Melbourne (FRUMEL) for duty.

Personnel of the radio intelligence unit remaining on Corregidor were three officers LTs J.M Lietwiler, R.L. Taylor and ENS R.E. Cook and 18 enlisted.  They all embarked the USS SEADRAGON at Corregidor on April 8, the day of Bataan’s fall; however no one from Corregidor or the submarine new that Bataan fell. On April 10, with the Corregidor team onboard, USS SEADRAGON, while conducting an off load of 34 tons of food was ordered to immediately stop the off load and to resume a regular patrol at sea due to Japanese surface threats in the surrounding area.  On April 11, the USS SEADRAGON sighted and attacked a Japanese destroyer off the mouth of Manila Bay, but all torpedoes lunched missed their target. As a result, the Japanese destroyer counter attacked, keeping the submarine  submerged for over 24 hours until the following night. The oxygen became so rancid that many of the men became violently ill.
After eluding the destroyer, the USS SEADRAGON proceeded via Palawan Passage, Sulu Sea, Celebes Sea, Makassar Strait, and Lombok Strait to Frementle, arriving on April 26.  The Corregidor personnel transferred to USS BARKER (DD-213), which departed on May 1 for Melbourne.  The last team evacuated from Corregidor arrived on May 6 and reported to FRUMEL or duty.